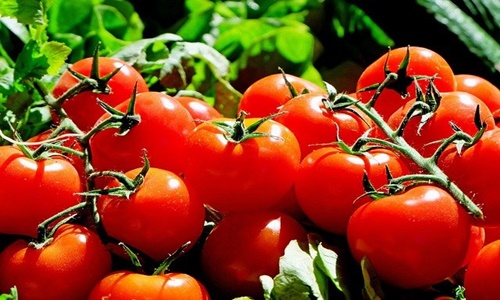 Scientists at the John Innes Centre in Norwich, UK have reportedly created a ‘souped-up’ tomato with gene-editing technology that contains as much Vitamin D as a serving of tuna or two eggs, by switching off one of the tomato’s genes.

While tomatoes naturally produce a lot of chemicals that act as the precursor of Vitamin D, but the plants generally use this for making other biochemicals they need.

Researchers were able to boost the levels of the precursor by deleting the gene responsible for carrying out this chemistry. Now, this chemical will be turned into Vitamin D3 by the fruit after the plant’s leaves take in ordinary sunlight.

Prof Cathie Martin, lead researcher, stated that over 40% of Europeans, and approximately one billion people across the world, have an insufficiency of Vitamin D. Prof Martin added that through gene editing, tomatoes can be used as a sustainable, plant-based source of Vitamin D.

This development supposedly comes in the same week as the UK government decision’s to propose a change in the law to ease the development and sale of gene-edited crops.

Currently, the UK legislation does not differentiate gene modification (GM) and gene editing (GE), which has made it impossible to introduce genetically modified products to market.

While GM products comprise a synthetic gene, or a gene taken from another organism and inserted in the product, GE changes the characteristics of the plant or animal by removing, swapping, or repeating the genes already found in their genetic code.

The UK government will be introducing the Genetic Technologies (precision breeding) Bill aimed at curbing regulations regarding gene editing and reducing the time in bringing GE products to markets to months from years.

Initially, the changes will apply to plants and gradually extended to animals once animal welfare issues have been addressed. Many environmental groups are still against gene editing as it is not ‘natural’ to insert foreign DNA into the plant and then remove it.

With gene editing, issues like drought resistance and disease resistance can be achieved, as well as help in addressing the negative impacts of conventional farming on the environment.