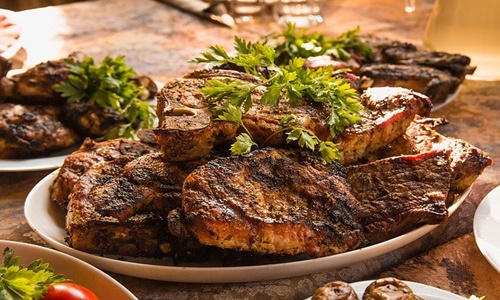 A study conducted to calculate the environmental benefits of eating greener foods has reportedly found that eating lab-grown meat or ground-up insects might result in significant reductions to CO2 emissions and water consumption, and also help in freeing up land for nature.

According to scientists, such meals could reduce the pressures being exerted on the planet by more than 80% when compared to the usual European diet.

However, it is unclear whether consumers could build-up a desire to change their dietary patterns.

A variety of non-traditional foods are being made with the purpose of delivering high-protein, less water, and land diets that have a gentler impact on the environment.

Researchers in Finland looked at the nutritional composition of several of these foods as well as three environmental pressure measures: water usage, land use, and possible carbon emissions.

They claim that substituting alternative foods for dairy, meat, and other animal proteins might lessen these effects, while also offering a more comprehensive spectrum of key nutrients than a completely vegan or vegetarian diet.

However, they discovered that relatively low-tech approaches, such as reducing meat consumption and increasing vegetable consumption, had a similar effect on the environment as well.

According to Rachel Mazac of the University of Helsinki, similar reductions in emissions can be seen in a vegan diet. And a diet where there is a 75% drop in animal-sourced products, can effectively reduce all of the impacts by around 75%.

The study, which was published in the journal Nature Food, looked at new foods that are predicted to become more common in our diets in the next years, most of which depend on high-tech approaches to grow plants and animals’ cells in bioreactors.

Dr. Asaf Tzachor of the University of Cambridge, who was not a part of the study, stated that while the findings are promising, consumers' hesitation to change their diets may delay, or perhaps even hinder, this much-needed transformation.