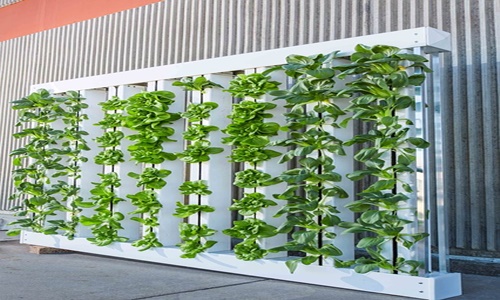 In 2018, Emirates Flight, the airline's catering division, and Crop One inked a $40 million joint venture deal to establish Emirates Crop One. AgFunder stated that the $40 million was primarily financed by debt.

The firms stated that the farm, known as ECO 1, is guaranteed a produce of three tons and consumes 95% less water compared to field-grown produce.

Starting this month, passengers on Emirates as well as other airlines, can have leafy greens like lettuce, mixed salad greens, arugula, and spinach on their flights.

The fresh produce will be sold in stores under the brand name, Bustanica to people living in the United Arab Emirates. The greens are cultivated naturally without any herbicides, pesticides, or chemicals.

This new farm is the embodiment of Crop One’s commitment to building a sustainable future to satisfy the need for fresh, local produce on a global scale. This establishment serves as an example of what is possible globally.

After its flagship site in Millis, Massachusetts, this is Crop One's second vertical farm.

Emirates Crop One is a part of the global movement to develop vertical farms. Earlier, in Pennsylvania, Bowery Farms launched its vertical farm in May. However, the size of the facility was not made clear, it was presumed to be around 156,000 square feet.

Earlier this year, Upward Farms stated that it would be opening a 250,000-square-foot vertical farm in Pennsylvania in mid-2023.