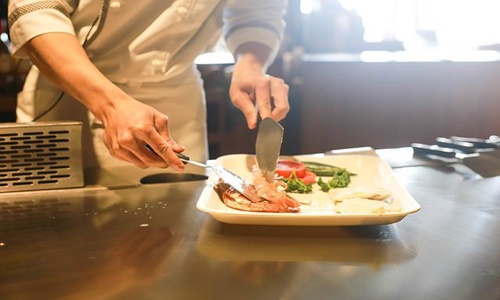 Researchers at the University of Cambridge, UK, have reportedly unveiled a robot ‘chef’ that has reportedly been taught to taste food at different phases of chewing to check whether the seasoning is correct.

Supposedly, the robot was taught to imitate the process of chewing and tasting food like humans so that it may eventually be able to cook food that humans like and also adjust recipe and seasoning as per individual tastes.

If robots are able to identify what tastes good and what does not, they can be utilized for semi-automated or fully-automated food preparation as well.

The robot has already been trained to make omelets and can taste nine variations of scrambled eggs as well as tomatoes, that too at three different stages of chewing. After doing so, it produces taste maps for various dishes.

The researchers found that this approach, termed ‘taste as you go’, has boosted the bot’s ability to assess the saltiness of the dish accurately and quickly.

Grzegorz Sochacki, the paper’s first author, stated that if we are to use robots for preparing food, it is important they can ‘taste’ what they would be cooking.

Dr. Arsen Abdulali, co-author of the paper, explained that in order to imitate the chewing and tasting of humans, the researchers installed a probe on the robot’s arm, which acts as a sensor for saltiness.

With the probe, the robot tasted the dishes prepared by the team, which were variations of scrambled eggs with tomatoes, each having a different number of tomatoes and amount of salt, in a grid-like manner. The robot was able to return the reading within a few seconds.

For imitating the change in texture that is felt while chewing, the researchers put the egg mixture in a blender and then had the bot test the dishes again. The robot then mapped the different readings recorded at different stages of chewing.

The study noted a significant improvement in the robot’s ability to assess a dish’s saltiness as compared to other electronic tasting methods, which often are time-consuming and provide just one reading.

The study findings have been published in the Frontiers in Robotics & AI journal.