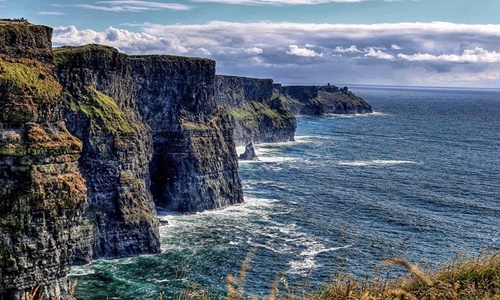 Starting from mid-October, the umami-rich kelp from Atlantic will reportedly be added to Mind Blown’s Dusted Scallops, Dusted Shrimp, and Mind Blown Crab Cakes in 2023.

Apparently, these new products will be introduced at all 300+ Sprouts Farmers Markets in the U.S.

Produced from Atlantic’s regenerative aquaculture, kelp can be touted as a hyper-efficient and carbon-negative crop with zero inputs from pesticides, fertilizers, feeds and fresh water.

Furthermore, kelp seaweed is a leading nutrient-dense food on the planet, with high level of antioxidants, potassium, iron, iodine and the optimum natural concentration of calcium found in any food.

For the unversed, Mind Blown and Atlantic Sea Farms are both impact-driven, women-headed companies on an eco-conscious mission.

Not to mention, Mind Blown was established in 2020 and sold a popular line of plant-based scallops, crab cakes and Shrimp.

The brand, in 2022, attracted celebrity chefs, including Tom Colicchio and Spike Mendelsohn as investors and unveiled U.S. nationwide distribution at Sprouts.

On the other hand, Atlantic Sea Farms, based in Biddeford, Maine, sells fresh, fermented and dried kelp products that assist in mitigating the effects of climate change by absorbing carbon from the sea. Along with its partners, the kelp contender, reportedly, removed 260,000 of carbon from local Maine waters in four harvest seasons.

Speaking on the latest development, Atlantic Sea Farms Founder, Bri Warner stated that the firm looks forward to working with Mind Blown and its team on these outstanding new products.

For the unversed, Atlantic is a company headed by two women who work diligently to help diversify coastal incomes, enhance food systems and reestablish the oceans considering climate change.