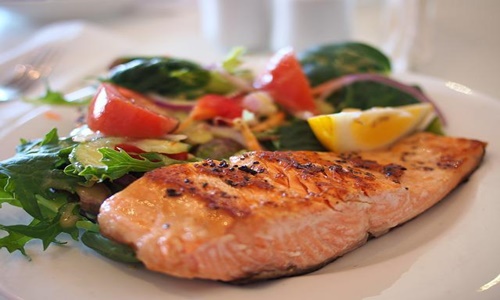 The global issue of fish waste is reportedly increasing at an alarming rate, further lowering the nutritional opportunity fishing creates for more than 3 billion individuals across the globe whose diets predominantly revolves around seafood.

The UN Food and Agriculture Organization (FAO) estimates that 35% of all sea life, such as fish, mollusks, and crustaceans, harvested from fish farms, oceans, and lakes, are lost or wasted even before they reach someone’s plate.

With fish consumption set to double by 2050, regulators have started to become more watchful of the global fish waste problem. However, the fragmented nature of the global fishing sector, with fisheries having rather obscure supply chains and inconsistent datasets that are often incomplete, is making it extremely difficult to effectively regulate the industry and ensure sustainability.

Evidence suggests that most of the waste begins from the point of extraction, with only half of fish that is wild-caught at sea being consumed by people.

Pete Pearson, senior director for food waste at WWF, stated that 34% of global marine stocks are currently overfished. Due to the abundance, people have grown accustomed with there being a certain window of loss rate. Meanwhile, the high bycatch, which is unwanted and unintentionally caught fish, is also becoming a growing problem.

This causes nearly 10% of wild caught fish to be discarded globally each year, which equals to approximately 8.6 million tons of wildlife. Pearson cited imprecise fishing gear and vague policies that allow the disposal of non-target species as being the key culprits.

Rashid Sumaila, the Prof. of Ocean and Fisheries Economics, University of British Columbia, stated that unreported and illegal fishing is also a major factor that is likely contributing to tons of bycatch in global fish waste.

One solution to wild-catching fishing is to operate fish farms, which are currently making up for half of the global fish supply. However, scientists at the Johns Hopkins Center for a Livable Future, claim that several factors, including disease outbreaks, are driving significant losses at such farms, leading a number of farmers to abandon the practice over the last couple of years.

Meanwhile, even after effective harvesting from seas and oceans, the fish waste problem continues on land. Owing to poor handling and lack of proper cold-storage facilities along lengthy supply chains, especially in low-income nations, fish is often unintentionally lost on land before it makes its way to the consumer.

Additionally, as fish and seafood are a highly perishable product, the practice of retailers and consumers prioritizing fresh fish during distribution and sale is further adding to the waste.

While many solutions have been offered to prevent these situations, Pearson believes prevention at sea by proving selective fishing gear and proper policies is the best solution. It is time to put an end to the generational thinking that regarded fish waste as an okay thing. With the world now witnessing the limits of nature, efficiency and sustainability are the need of the hour.