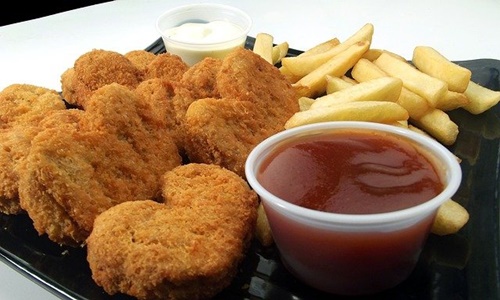 Do Good Chicken, a revolutionary US-based climate-forward chicken company, has reportedly been featured by the World Economic Forum (WEF) for its work towards combating climate change and food waste.

According to reports, approximately 40% of still-okay-to-eat grocery food is thrown out into landfills every year. The United Nations Food and Agriculture Organization has estimated that if food waste were a nation, it would have been the world's third-biggest producer of greenhouse gas emissions, following the United States and China.

Do Good Foods has teamed up with retailers to introduce Do Good Chicken as an effective, innovative solution to prevent this nutritious food from going to waste.

Justin Kamine, co-CEO, and co-founder of Do Good Foods stated that they are beyond thrilled to be recognized by such a renowned organization for their commitment to saving the world. Kamine explained that the idea to upcycle still-nutritious leftover grocery food into chicken feed makes complete sense.

The concept prevents good food from ending up in landfills because when it does, it releases methane, a greenhouse gas that is 26 times more toxic than CO2 and worsens climate change. Instead, the company provides chickens with food, then, in a closed-loop system, distributes that carbon-reduced Do Good Chickens straight to grocery stores. This system benefits everyone.

Kamine further stated that the recognition is extremely rewarding for the Do Good Foods team, and such kind of acknowledgment from WEF motivates the company to put in even more effort.

Since its launch in April, Do Good Chicken has delivered to more than 500 retail stores. Do Good Foods has a $170 million plant in Fairless Hills, Pennsylvania, and plans to construct more facilities in North Carolina and Indiana over the next two years.