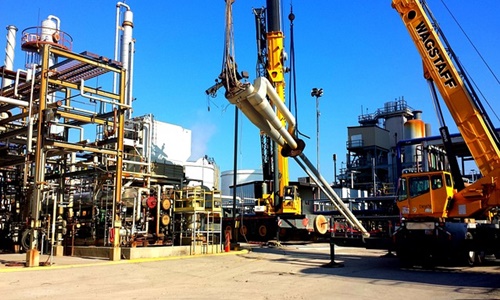 Following the 2021 cold snap that left businesses in northern Mexico without gas, the country is reportedly in discussion with storage providers in the U.S. for building a deliberate gas reserve that could be used in emergencies, stated an official associated with the country's power utility.

Mexico depends on the U.S. to suffice 80% of its domestic gas demand.

The lack of infrastructure in Mexico limits the country from maintaining sufficient inventories that could be used for saving extra draining and gas stocks.

On the sidelines of the U.S.-Mexico Natural Gas Forum in San Antonio, Deputy Chief Executive Officer, CFE International, a unit of the power utility Commission, Federal de Electriciad (CFE), Aniel Altamirano, stated that the country is very well aware that a low-temperature event can take place.

Altamirano mentioned that the country is currently assessing its storage options in the U.S. for reinforcing its strategy.

Mexico, at present, has two terminals which can store the equivalent of four cargoes of liquefied natural gas (LNG) jointly. However, it is a small fraction of the 6 billion cubic feet of gas that the country imports daily.

In the middle of the year, CFE imported an LNG cargo as well as stored it on Mexico's Gulf Coast at the Altamira regasification terminal.

In addition, a second cargo is anticipated to arrive in the Manzanillo LNG terminal soon on Mexico's Pacific Coast for completing an initial stock for this winter, stated Altamirano.

Altamirano added that in February 2021, CFE was able to generate power continuously, as besides having coal-fueled plants, the country also purchased LNG cargoes during those weeks.

Last year the emergency cargoes were supplied by trading firms, including Trafigura, assisting in overcoming a crisis in Mexico triggered by rocketing gas prices, frozen pipelines, and an order by the Texas government for suspending U.S. gas exports during the freeze.